According to some, langoustines are the new sign of luxury when it comes to hard to find ingredients.  According to others, there simply isn't a better tasting animal in the sea.  Whether you view them as a gaudy boast of unnecessary spending or an ideal in nature that great chefs aspire to work with, there are two facts about them on which everyone can agree: they are expensive, especially when fresh, and they are unforgettably delicious, especially when fresh. 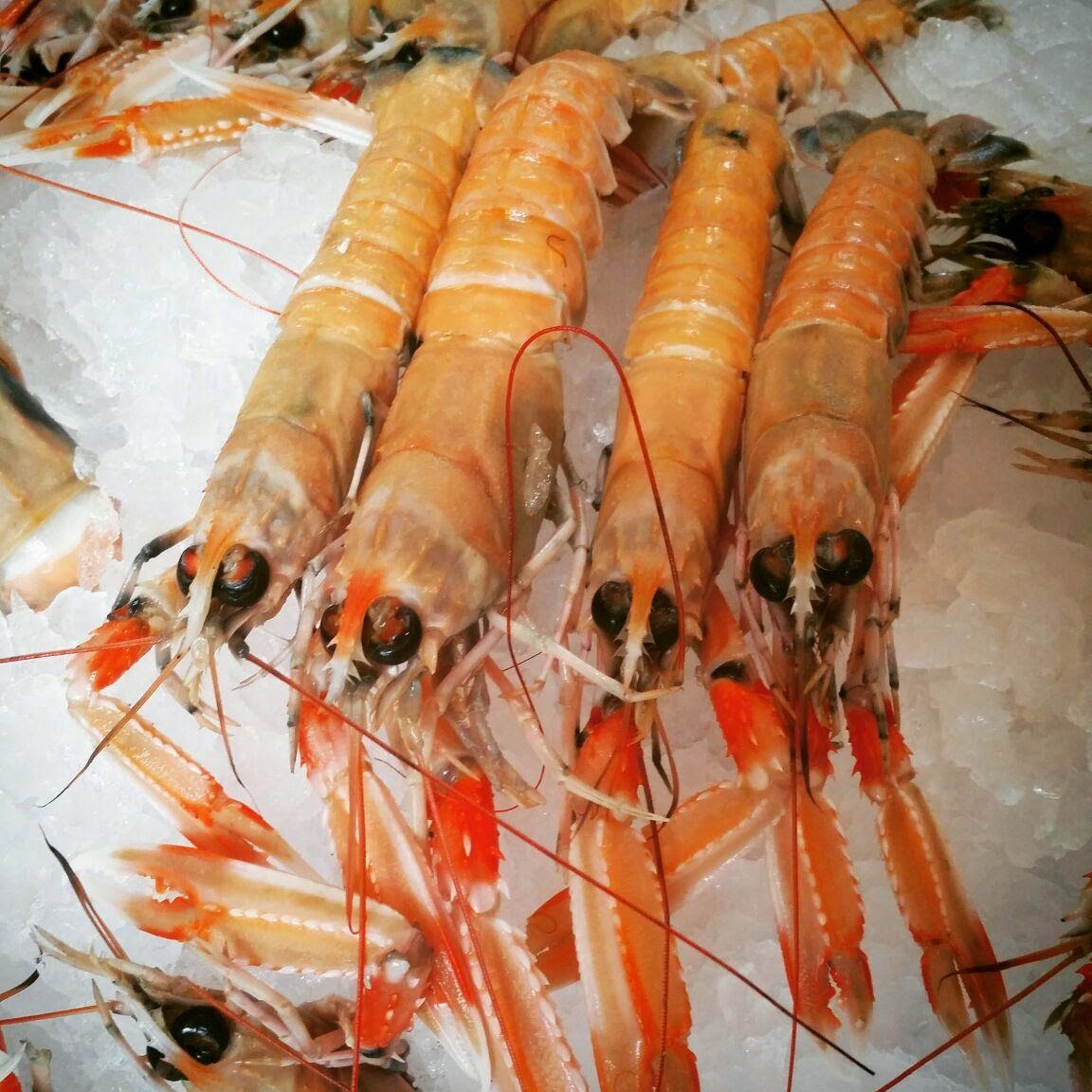 Langoustines can be sourced from the northeastern Atlantic Ocean region to the western Mediterranean Sea, though almost every discerning chef acknowledges the best, tastiest specimens are found in the icy waters surrounding the Faroe Islands and Norway.  Some want to group langoustines as either lobsters or crayfish, or some want to say they are a Frankenstein mix of the two, but after eating one it's easy to relent they are none of the above.  The notion to compare langoustines to their crawly cousins stems from their outward appearance.  They are long and slender, with a carapace, head, claws, and tail, and are pink to orange in color.  You only eat the tail, discarding the body, leaving lustful diners wanting more.

In the animal kingdom langoustines live more like paupers than rockstars, feeding on crustaceans and worms and making their homes in the mud.  On the white tablecloth restaurants, however, it is a different story.  There they shine with little adornment, usually a simple butter and twist of lemon are all it takes to make these sweetest of delicacies paint the dinner plate with high art and a triumph of flavor.

Most langoustines are trawl-caught and packed frozen, usually treated to maintain shelf life due to their fragile nature.  One reason langoustines remain expensive even when frozen is due to their uncompromising frailty.  They cannot live long out of water, unlike lobsters and crayfish, as they begin to deteriorate rapidly after dying.  This is most noticeable by their color.  Old langoustines will begin to blacken, usually starting at the head, when they are past their prime for consuming.  During the spring and summer months though, fresh and even live langoustines can be sourced, most often from trap or pot caught North Atlantic areas such as Holland and Norway.  This year BlackSalt Fish Market has found a source to bring fresh langoustines to market, just 2 days from harvest.  They will be offered from time to time, but if you definitely want to get your hands on some, a week notice is best.

Langoustine meat is soft and delicate, silk on the tongue, exposing a transcendent fatty sweetness.  When done right, which often means a chef doing little, fresh langoustines offer a chance at dining bliss.  They are an extravagance of cost and flavor, for sure, but one of those meals you can talk about later with a nostalgic twinkle.  A story perhaps, that you could share with friends at the next lobster or crayfish boil.
Posted by MJ Gimbar at 7:44 AM