I wanted to share an article I recently came across that calls into question whether or not the advice given to expecting Mothers on fish consumption is accurate.  Right now expecting mothers are warned against eating seafood during pregnancy by U.S. official guidelines, but research by the University of Bristol is proving that this might not be a valid concern.  The research found that fish accounted for 7 percent of the blood mercury levels in the 4,000 plus women examined in their study.  Such a small percentage posed no harmful risk to any of the women.

A Europe-wide project known as Nutrimenthe studied the affects of eating a heavy diet of oily fish on pregnant women and discovered that the fish diet resulted in better behaved and healthier children.  Oily fish had positive affects for the 18,000 children involved in the study, citing that the iodine in fish appeared to improve reading skills by age nine and that the healthy omegas aided in brain development.

I have recently posted an article about the mercury issue and the inaccuracies commonly believed by the public concerning links between seafood and mercury poisoning.  Considering the results of these latest studies combined with what we are discovering about fish and mercury content, I think it is time to review the official guidelines concerning seafood consumption, not just for pregnant women, but for everyone.  It is becoming clear that eating a healthy diet of seafood, at least three times a week, is a good idea for all of us.  With the latest evidence, I would have to recommend putting down the hamburger and trying a sardine. 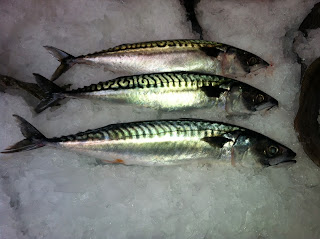